This evening Eric Clarke presented a tutorial on how to connect a Windows notebook/Pc via its Ethernet socket to the Pine64 and using the notebook/Pc to control and access the pine64. This included a very detailed Powerpoint slide show on the methods used. Also included are several methods on how to change the MAC address on the Debian Mate Pine64 and most other Linux versions. Click HERE to view or download this presentation.

Kevin Zietz then gave a talk on CNC controllers using an Arduino 328P.

We had a brief introduction to Google’s language GO (some call it golang). It is a very C like language .

This was followed by several members bringing along their current projects.

Reminder:- As of July the annual fees are due ($10.00 per year) so please see Peter Gheude to join or renew.

Tonight we had a demonstration / testing of an Epson EB-U130 projector, purchased with a 30 day trial period from Office Works. As a series of tests were followed by members agreeing that it should be kept, we now have our own projector. The specifications of the EB-U130 can be viewed here:

I would like to thank Colin Huckel for his generous and sometimes onerous task of making his projector available to the group. It has been a great help in our tutorials and presentations. I would also like to thank David Tilbrooke for donating a box full of white board markers to the group.

Following this we were  given a brilliant demonstration of a working 3D printer in action. Adam Webb brought along his Makerbot Replicator 2X with 2 Extruders. He then followed this with a demonstration of the Tinkercad online software showing how to start a design for the printer.

Adam also made samples available of the printouts from his Makerbot printer. 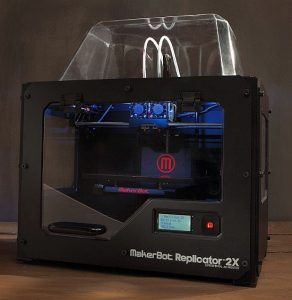 Chris Burrows gave a brilliant talk on the STMicroelectronics Nucleo-STM32-L152 board. A comparison was made between the L152 and the STM32F103C8T6 (Blue Pill) minimum system board. 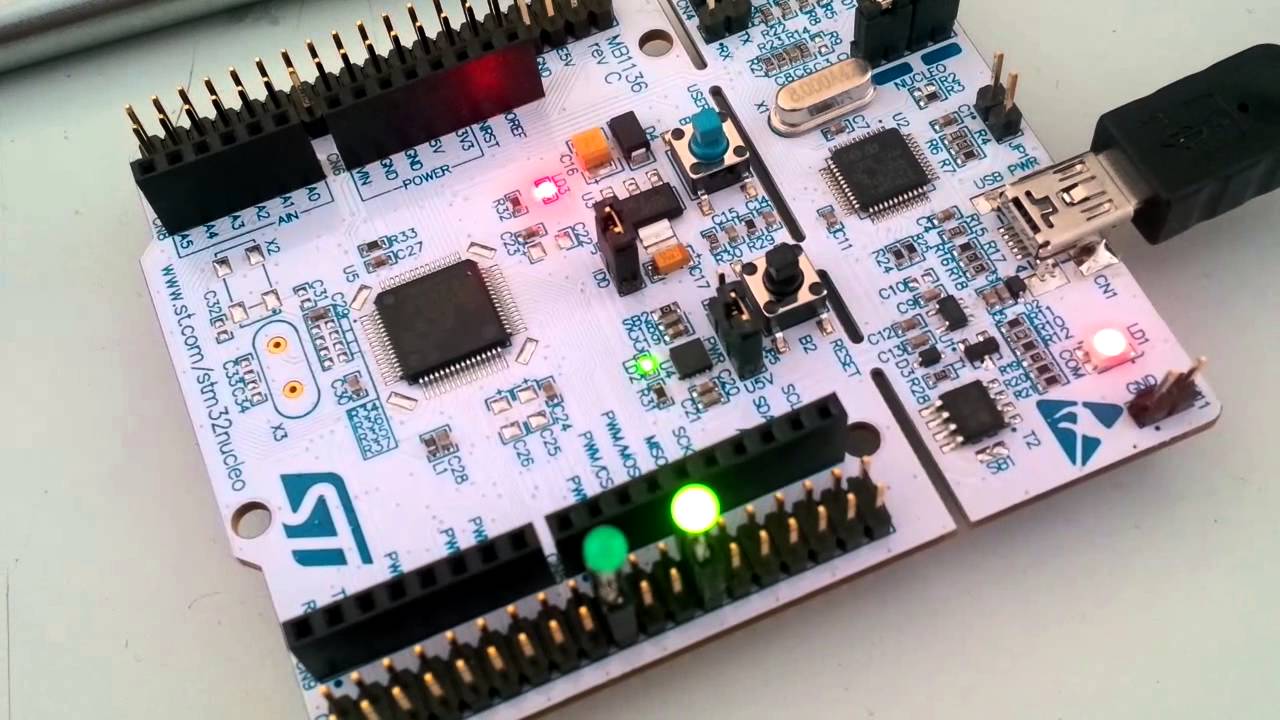 The advantages of the Nucleo board are:

Following is a link to Chris’ web site for follow up reading material on this genre of microcontrollers. This includes Astrobe software – a complete integrated embedded software rapid development system running on Windows for Oberon. http://www.astrobe.com

Following the presentation, Peter Gheude raised the idea of a group project to build a 3D Printer / CNC Plotter / CNC Laser cutter / CNC Router and anything else CNC. All of this is expected to be retrofitted to the same base mechanism. Any members wishing to register their interest in this project, contact Peter or Eric. It has been suggested that a single unit be constructed by the group, followed by a bulk purchase for those members who wish to build their own.

This evening had an interesting mix of subjects.
We revisited the Pine64 including a new OS upgrade and the structure of LINUX presented by Peter Gheude.
We also looked at the component tester and the possibility of upgrading the software in the 328P.
Some hidden jewels in the Arduino IDE including a plotting function and the myriad of non Arduino microcontrollers supported by the IDE.
Also a brief discussion was presented on the art of WiFi “Meshing” by Eric S. Clarke

We investigated the STM microcontroller family, in particular the STM32F103C8T6. 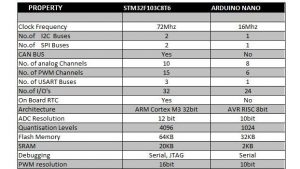 Also, a brief discovery about the noise of contacts and the humble rotary encoder. 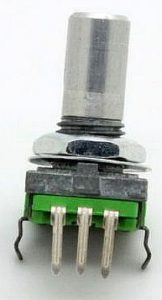 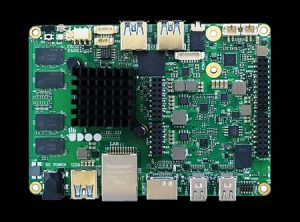 You can read more about the UDOO X86 Here:-

Eric Clarke then presented a tutorial on programming in C and using the Arduino IDE. Presentation link here 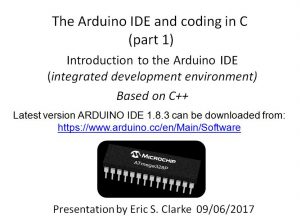 Our meeting was held in two venues. A preliminary meeting in room G7 of the WEA main building and then on to our usual Cottage B room.
Eric Clarke made mention of the minor but worrisome problem of the relocation of this SAMG web site. Initially, our site was located as a sub-domain of the Kapunda Community Gallery. On behalf of the members, I would like to thank the Kapunda Gallery for giving us space on their server. However, moving the site to its own domain seemed to break the SAMG front page. Upon inspection it appeared that a left and right parentheses in the text was the culprit. This problem eventually disappeared of its own accord. Ghosts on the NET?
Following this Cliff Shirra gave a very in-depth presentation on the C code used in his quest to program an Atmel 328P to control an LCD display. Peter Gheude gave us a look at the new ESP 32 WiFi / Bluetooth microcontroller board. This is very much an IoT (Internet of Things) device. I suspect it will be a new direction to add to our Arduino / Pine64 / Raspberry Pi venture. Howard Harvey showed me the latest version of his Atmel native code disassembler. See more about this here. Also a couple of videos were shown on the ESP32 and the concept of pointers in C programming. More information can be found on a new series of links to learn the C language here.

The C language was originally developed by Dennis Ritchie and Ken Thompson between 1969 and 1973 at Bell Labs and used to re-implement the Unix operating system (Wikipedia).

Graeme Wilson our newest member presented some slides on the oldest CSIRO Australian made computer called CSIRAC (Commonwealth Scientific and Industrial Research Organisation Automatic Computer – CSIR Mk 1 – 1949 ).  The two ton computer was designed and built by the NSW Council of Scientific and Industrial Research (now CSIRO) and is now on display at the Melbourne Museum.

Graeme stepped us though mercury acoustic delay lines, 20 bit words and the 2000 Valves in its construction.   It had 1k disk memory, used paper tape, a teleprinter and consumed some 30 Kilowatts. Valves like 6V6, 6SN7 and KT66s used in CSIRAC took many of our member back to into their past.   CSIRAC did not have an operating system was constantly upgraded to use germanium transistor to read magnetic drums.
Thanks Graeme for your presentation.

During the course of our workshop members assisted each other in configuring AVR based applications and installed device drivers. Firmware updates to the USBAsp (ATMega8) Programmers in line with the work done by Mr A. Krasuski to enable USB serial functionality .

Due to the “Fringe Festival” and a special Saxophone Jazz Session being held in the Cottage we are having our March 10th meeting in the main WEA building. The location within WES will be posted on a white board in the front entrance foyer. Also, due to it being in the main building it may not be possible to stay longer like we normally do in the cottage.

This month Peter gheude will be holding a workshop meeting. Please bring along your Pi, Pine, Component tester, USBasp programmer and the ZIF socket experimenter board. Peter will be setting up and demonstrating how to update the USBasp to the latest firmware version. Also an idea / schematic of the mods Peter, Kevin and I have made to the Experimenter board and a 6 – 10 adapter to talk to 6 pin Miso Mosi connectors on other microcontroller kits, eg Arduino, Pi, Pine64 etc. Sounds like a meeting not to miss, unfortunately I will be away at that time. Eric Clarke, Chairman

We had a very well presented insight into the continuing vagaries of fuses in the Atmel 328p microcontroller by Kevin Zietz. Following his presentation, we have put the tables highlighted during his talk on this web site here.

Once we had the majority of committee on hand we commenced the AGM. The election was brief and the same committee was returned for another year except we now have Phil Kocent as our new Editor. A discussion on the changes to our constitution including fees, methods of disseminating news and splitting up the roles of the executive were by and large approved but more work was needed to fix any ambiguities in wording. We have therefore deferred the final voting to a near future Special General Meeting (SGM). This should only require a small amount of our meeting time.